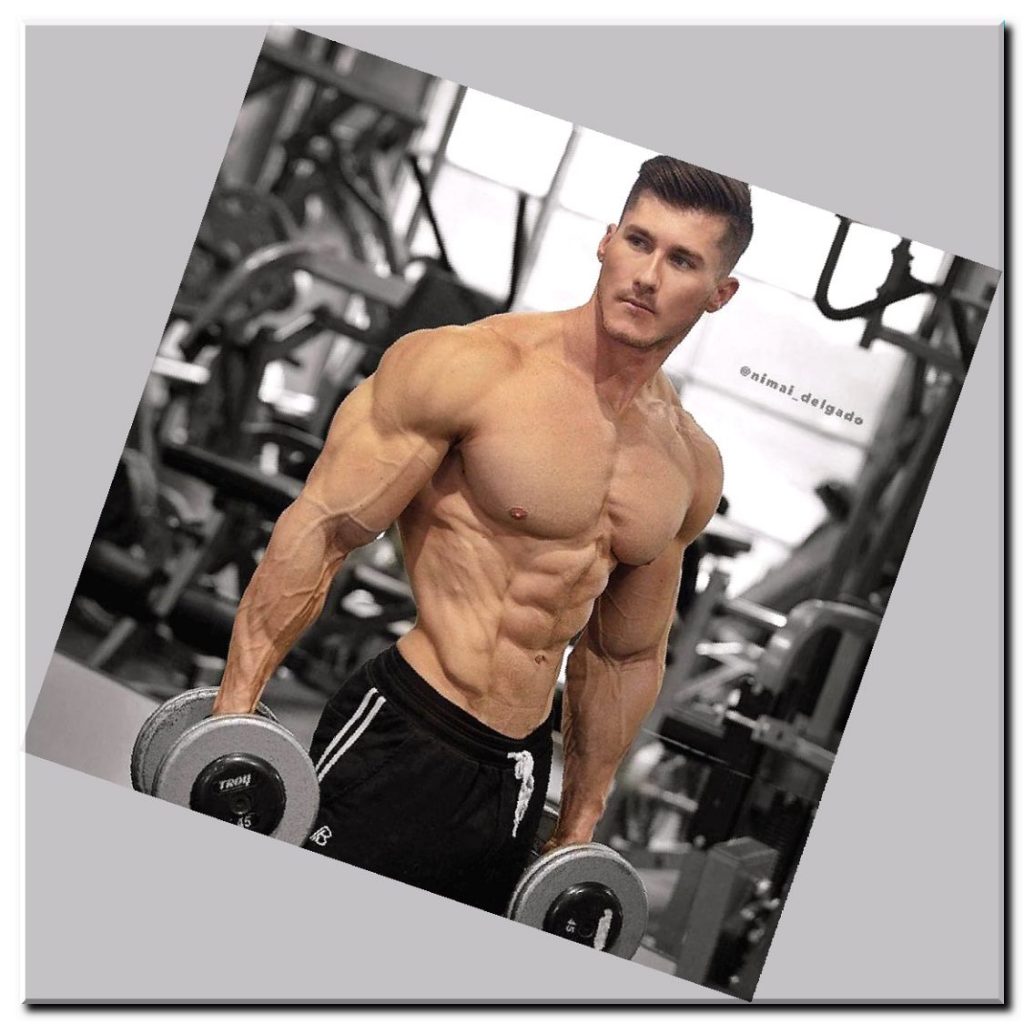 Human Chorionic Gonadotropin (hCG) is a peptide that is naturally produced by women in the placenta. It gets through users of anabolic steroids used to restore hormonal and by women who have problems with fertility.

Although initially it seems contradictory that a female hormone can help men protect your testes, it is actually not such a crazy story if you understand how it functions. In this article we will look at why bodybuilders often use it, why it is so effective and where it comes from.

The origin and development of hCG

In 1920 research was done for the first time into the functioning of hCG. At the time, it was extracted from a human placenta and used on rabbits. From these observations it subsequently emerged that this hormone was essential for pregnancy and all processes involved.

Not long afterwards, various preparations were developed and tested. The very first hCG preparations were extracted from the pituitary gland of various animals. In 1931 it was subsequently sold by Organon on the medicines market under the name Pregnol.

You may also like: IGF-1 and its functions in your body

The step to modern times

This trade name eventually became in 1932 changed to Pregnyl. This is still today 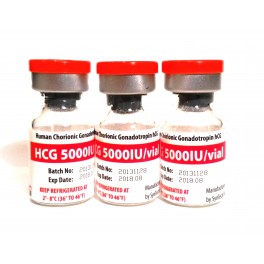 the trade name including HCG universally known. Organon still produces and sells Pregnyl today. However, it is no longer produced by pituitary extraction.

Ultimately, technical developments in laboratories allowed it to be filtered out of the urine of pregnant women in the 1940s. From the 60s all pharmaceutical manufacturers made it hCG use of this method. This is still the way in which the product is manufactured today.

The position during pregnancy
Its most important role in pregnant women is that it is an essential hormone for the production of Progesterone. Under the influence of progesterone, the womb lining is prepared for the implantation of a fertilized egg. If fertilization does not take place, the production of progesterone by the corpus luteum gradually decreases. This decrease then results in a period. If fertilization has taken place, progesterone will continue to rise gradually. For this there is also an increased release of hCG required. This increase can be observed within 7 days. This is also what you measure with a pregnancy test. A increased release of hCG is the reason that a strip of a pregnancy test will turn blue.

Human Chorionic Gonadotropin is a protein (or peptide) hormone. If you start to classify it more specifically, it falls into the group of oligosaccharide glycoproteins. These are protein molecules that have one or more carbohydrate / sugar molecules. Other hormones that are discussed in this document, namely LH and FSH, also belong to this group.

Glycoproteins are molecularly comprised of two subgroups, an alpha and a beta subunit. The alpha subunit of LH and hCG are identical. There is a difference in the beta subunit of these two hormones, but this is also no less than 80% identical.

That LH and hCG are very similar is also apparent from the fact that hCG can bind to the same receptor as LH, namely the LHR receptor. This is the receptor that determines how much testosterone your testicles produce. This property suddenly makes this female hormone a lot more interesting for users of anabolic steroids.

What kind of influence does it have on men?

In other words, if you introduce hCG into a male body, it will ultimately stimulate the production of testosterone.

In the male body, testosterone is mainly produced in the testes. To be more specific, in the Leydig cells that are therein. The extent to which testes produce testosterone is primarily controlled by the pituitary gland.

How does that work?

In short, this works as follows: if the pituitary gland receives signals that testosterone production must be increased, it in turn sends a signal to the testes. That signal consists of the production of so-called gonadotrophins. These are two hormones, namely LH (Luteinizing Hormone) and FSH (Follicle Stimulating Hormone).

If the production of these two hormones increases and they bind a receptor in the Leydig cells, then that is a sign for these cells that action is required. These then go to work to produce testosterone.

What does that have to do with hCG?

We now know that hCG can perform the same functions in your testes as gonadotrophins. It is a different hormone, but it can send the same signals to your testes when it comes to the production of testosterone through the LHR receptor. Once bound to this receptor, these hormones behave exactly the same biologically.

The role of hCG in the use of anabolic steroids

The most important function of hCG use is to prevent primary hypogonadism. This is simply a reduced testosterone production due to testes that have become less sensitive to 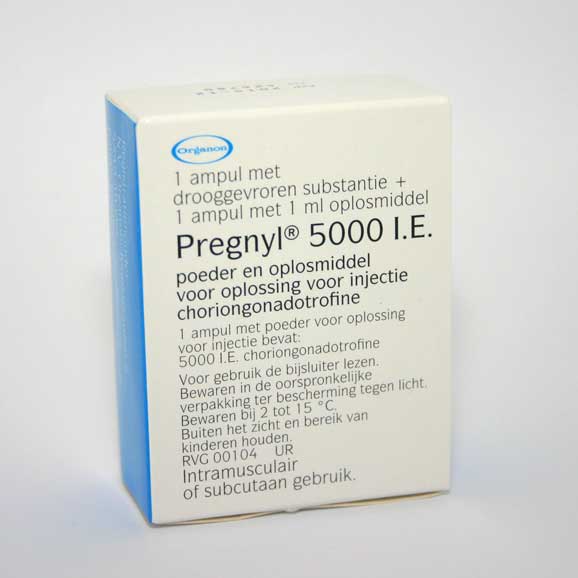 signals from the pituitary gland. The longer an AAS course lasts, the less sensitive the receptors in your testes become.

This can cause problems for your chimes, certainly in the long term. Due to the repeated failure and restarting of your testes, atrophy may occur here. It is not entirely clear how this works exactly. However, what we do know is that you can prevent it by ensuring that you maintain the production of endogenous testosterone during cures.

This is where hCG comes in. It binds to the LHR receptors and ensures (in an ideal situation) that you continue to produce as much testosterone as when you are not on the cure. Despite the fact that the pituitary gland does not send any hormones to your testicles.

So you use hCG during your course?

The best is indeed to it from the start of your course up to and including the first week of your follow-up course to use. The strange thing is that there are still stories circulating, often even from experienced bodybuilders or websites that are supposed to provide correct information, that hCG should not be used during the course. This is just plain bullshit.

Clinical research shows very clearly that the use of hCG during your course of remotely is the best option. Certainly for people who have been using cures for years and / or use cures that are relatively long-term, this is really advisable. By having hCG run alongside your course, you can save yourself a lot of misery in the long term.

Recommended doses during your course
The recommendations that you get here can possibly vary per person. Not everyone will respond the same to hCG. If you notice that it is not enough, for example because your testes shrink a little, increase the dose.

Use the following dosage as standard protocol:

Does it make sense to use hCG during an aftercare?

The nakur is not an ideal period to use hCG. If you already suffer from hypogonadism, it is possible to restore this by using hCG for a longer period of time at higher doses. This is often done in combination with a SERM such as clomiphene.

The doses for this are often between 1000-3000 IU 3 times a week. The dosage and the duration of recovery also depend on the period that someone suffers from primary hypogonadism. Start carefully and then determine the duration and dosage on your blood values. Once these have been restored you can stop using hCG.

You may also like: HGH (Human Growth Hormone) – Versatile Tool

Can you also use it for fat loss?

For a long time there was a fable that hCG would have a positive influence on fat loss. This is complete nonsense. The idea was that it would stimulate the thyroid gland by more thyroid hormone 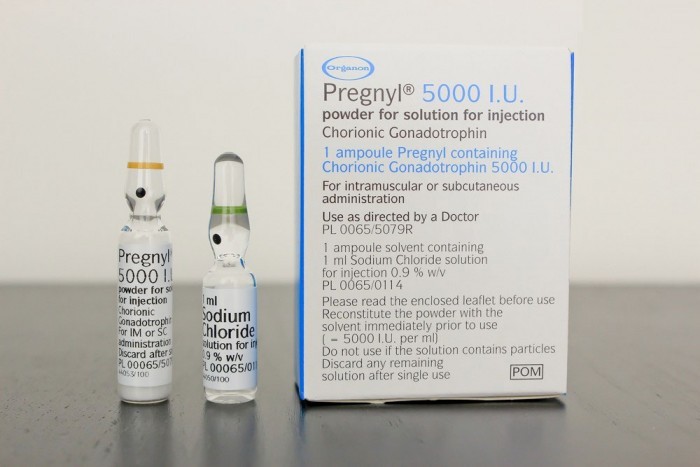 to create. HCG has also been used by the medical community for a long time to treat obesity. In the end, this assumption turned out to be incorrect.

The origins of these treatments stem from an incorrectly interpreted study from 1954. In this study, hCG was administered to humans. The subjects in question subsequently lost significant amounts of body fat in a short time. However, it was not mentioned that they were also put on a diet of around 500 kcal.

Ultimately, there appears to be no connection whatsoever between hCG and fat loss or the treatment of obesity. After a thorough revision of this study by the medical world, the prescription of hCG for these purposes was finally completely stopped.